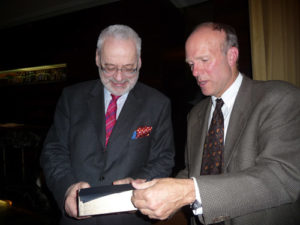 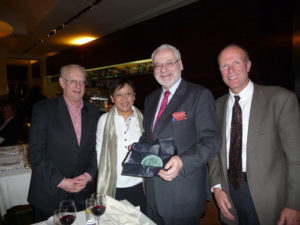 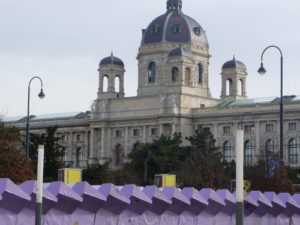 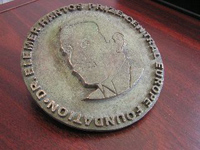 The recipient of the 2008 Dr. Elemér Hantos prize, Erhard Busek, former Vice-Chancellor of Austria, who served as Special Coordinator of the Stability Pact for South Eastern Europe, set up to resolve the various conflicts between the former Yugoslavian states from January, 2002.

Biography (from www.stabilitypact.org): Born in Vienna, Austria, on March 25, 1941, Erhard Busek received his law degree from the University of Vienna in 1963. During his studies, he also served as Chairman of the Austrian Youth Council.

In 1976 Dr. Busek entered municipal politics. He was City Councilor and after the elections in 1978, he won the seat of Deputy-Mayor of Vienna, a position he held until 1987. He was appointed Minister for Science and Research in April 1989. In 1994 until May 1995 Dr. Busek was Minister for Education.

Dr. Busek was elected Chairman of the Austrian People´s Party, 1991 and appointed Vice-Chancellor of Austria from 1991 to 1995. From March 2000 until December 2001 he was Special Representative of the Austrian Government for the Enlargement of the European Union.

Dr. Busek has delivered many lectures on domestic and foreign topics and has participated in many conferences in Austria and abroad. He is Dr. hc at the Universities of Brasov, Krakow, Bratislava, Czernowitz and Webster University, Visiting professor at Duke University, NC, USA and University of Agriculture, Vienna. In 2004 he became rector of the technical college of Salzburg, Austria.

From January 2002 he was Special Coordinator of the Stability Pact for South Eastern Europe, a position he covered until the handover of the mandate of the Stability Pact to the Regional Co-operation Council. Besides this function he is Coordinator of the Southeast European Cooperative Initiative (SECI), President of the European Forum Alpbach, Chairman of the "Institute for the Danube Region and Central Europe."